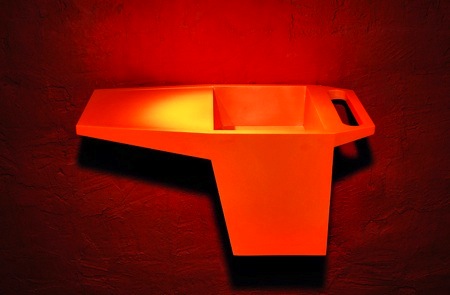 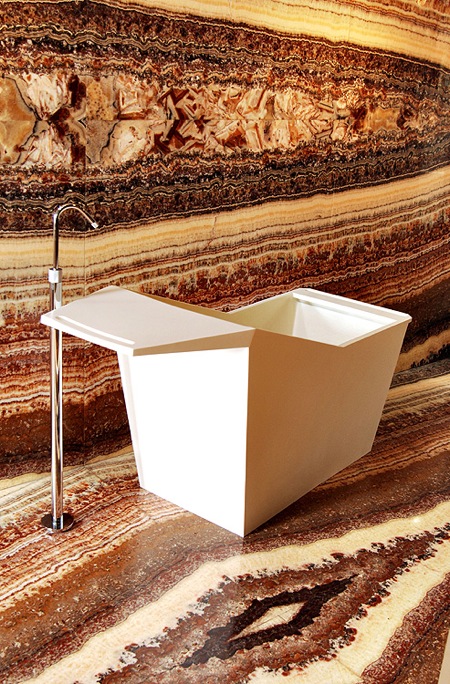 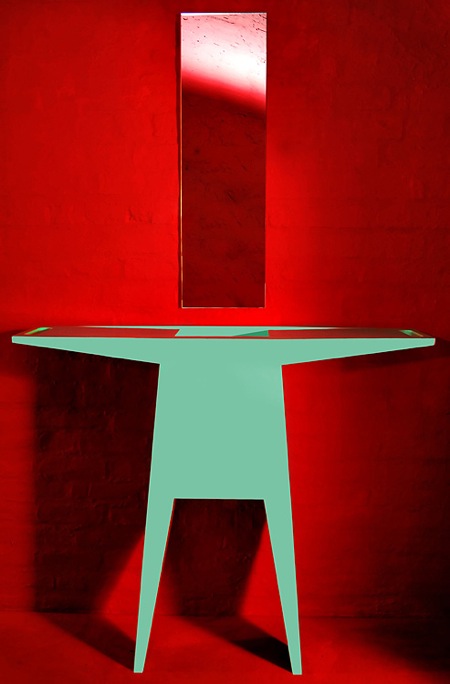 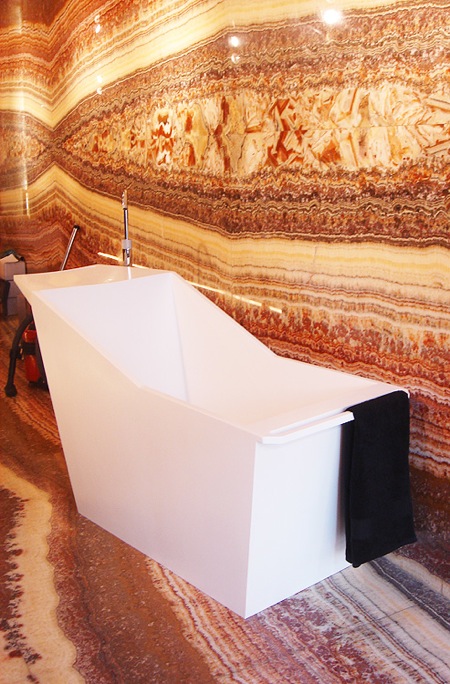 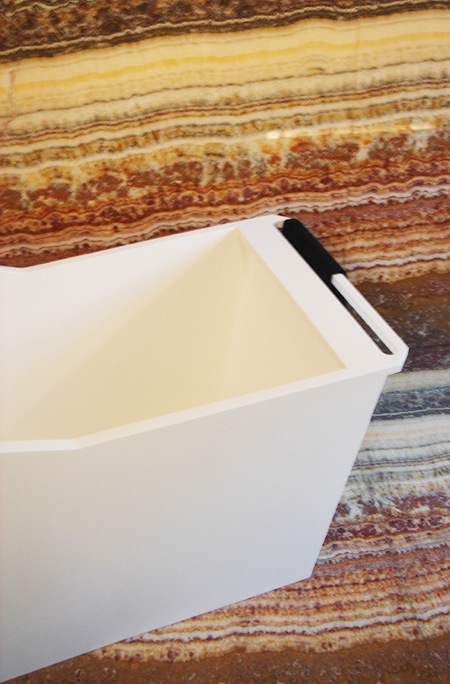 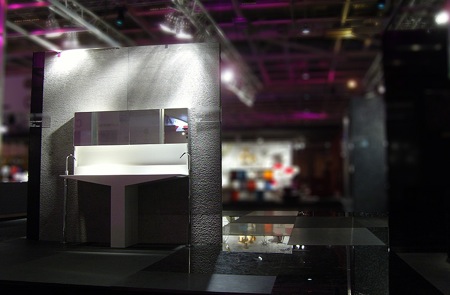 Running water, the performance of water.

The “creative” process: Winter 05, visit of the new MOMA and its store. Dazed with astonishment at the sight of the sales counters: long black monoliths, crude parallelepipeds of a material close to stone, lain on the floor perhaps since before building the museum around them and before having been carved to the functions they were destined to carry out.

Factually: the absence of a visible seal which gives the aspect of an uninterrupted mass, a seamless appearance as the result of a specific application of the material used, Corian®.

Assembling panels made in this material is achieved through an invisible cold weld.

Revelation: The use of this material isn’t limited to the perfunctory manufacturing of white or cream lab benches.

The final treatment, a satin polish, casts a sensual and refined halo around the object.

n 2006 I have to conceptualise a bathroom, or more generally a room to wash into, for a personal project. I am not satisfied with what commerce and industry have to offer, I don’t want the sink-bathtub-shower trinity. I want to limit the amount of “sources”, I want to be able to move away  from the walls.

I want to free myself from the manacles of the obligatory conceptual approach in this field.

I have the idea of a long surface almost flat and moderately narrow, the height of a sink, but a work surface without a bowl, a barely noticeable and low rim to simply guide the flow of water. With only one source, a faucet at an end of the apparatus, the flow would simply run the length of the surface  down in a small tub on ground level, functioning equally as a shower base. The entire set would be made in Corian®, which use would assure this famed seamlessness.

The project isn’t realised, but persists this idea of seamlessness, of fusion, of an economy of “sources”, of this escape from nomenclature.

To move apart from the wall, to turn around the object and see all of its sides and aspects and for this object to accumulate all the functions of washing oneself: standing up: the teeth, hands, face or hair while the water runs along a very slightly sloped surface, not needing to be directed; sitting in a tub, a basin, a tray, more or less deep, more or less wide, more or less high, to hold the water or not. To have only one faucet, independent from the object, command the flow along the oblique surface or the filling of the tub. To let the water run down one common drain. That the “module” may independently, free from being supported by any wall, still allow the handling of flasks and other tools used for the diverse customs of washing oneself and therefore be provided with a shelf to put them on. That the “plastic” or “stylistic” concept is clear and assertive: no coiled curves or the placid sensuality of mouldings but the raw intensity of surfaces and edges, the tonic effect of sheets and folds like a giant mineral origami. And to caress the halogen vibration of the material softened by the sanding. And to say that the contemplation of water’s journey isn’t an encouragement to its waste but the possible revelation of its frailty, the possible care for its economy. Some words: basin/fountain/source/bed/upstream/downstream/ravine/valley and, more generally, the whole wordage for running water, plus Bachelard. 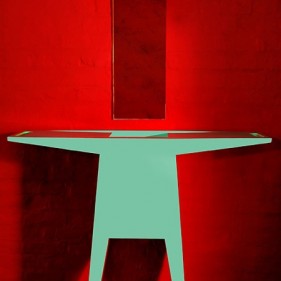 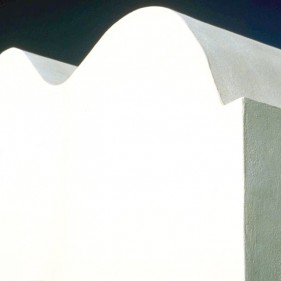